A Dancer’s Guide to Knowing What Dance to Do

What Dance Do I Do to This Song?

Dancers, have you ever found yourself standing on the sidelines for the first half of each song trying to figure out what dance is supposed to be done to the music? Like my students you might be wondering: How do I know what dance to do to a song?

Many events help you out by announcing each song’s dance or posting a set list for your reference. Even then, some songs work equally well for more than one dance, so being able to match dances to songs is a skill to develop. And of course, you’ll need that skill at weddings and private parties that don’t have these dance aids.

Until there’s an app for it, I want to help you develop your dance music know-how. Of course, there are lots of variables in dancing and music, exceptions to the rules, etc. But I’m going to keep this simple, so consider this a rough guide to figuring out what to dance to a song.

No Hard and Fast Rules

First of all, unless you’re at a dance competition, know that there are no hard and fast rules for which dance must be performed to a particular song. You get to choose the dance you want to do. That said, when you fit a dance well to a song, it’s easier to keep rhythm, to express the character of the dance, and overall, it tends to just feel better.

And some dances’ music is unique enough that it will hit you clearly. For example, Tangos have a distinctive staccato rhythm and dramatic. Once you’ve heard a few Tangos, without needing to think, you’ll just know it’s a Tango.

For the rest, it’s really just a process of elimination. As you become more experienced, hearing the dance in most songs will become more automatic.

5 Easy Steps to Determine What Dance to Do

1. Get a Feel for the Song’s Speed

Start by determining the song’s tempo (i.e., it’s speed.) This simply means getting a feel for whether the song is slow or fast or somewhere in between.

Sometimes the instrumentation or vocals in a song can fake you out. For example, a song may sound very upbeat but actually have a rather slow beat. Until you get good at gauging a song’s tempo, just tap your toes or fingers to the beat of the song, becoming a human metronome for its true speed.

Once you know if the song is slow or fast (or somewhere in between), you can then rule out some dances. For example, if the song is fast, then all the slower dances are out, such as Rumba, Nightclub Two Step and Slow Waltz. Or if the song is really slow, you can cross off Cha Cha, Salsa, East Coast Swing and Viennese Waltz.

Note: As a beginner, you’ll likely only be comfortable dancing in a narrow tempo range for each dance. So if you identify a song as Cha Cha but find yourself unable to keep up with the music, it doesn’t necessarily mean you made a mistake identify it as a Cha Cha—you just may not be experienced enough to dance to the full tempo range for Cha Cha.

If you’re curious, check out this list of tempo ranges for each dance (this is one person’s idea of good tempos, not an official list). In case you’re interested, here are the official tempos used at ballroom dance competitions.

If 1-2-3 matches the music, you’ll know it’s a Waltz. And having already gauged the song’s speed, you can immediately determine whether it’s a Slow Waltz (slower) or Viennese Waltz (about twice as fast as Slow Waltz).

If the song isn’t a Waltz, your next step is to pay attention to the song’s rhythm or feel. Is it happy, romantic, dramatic, bluesy, melancholic, or funky? Does it have a Latin/Afro-Cuban beat? Does it make you want to bounce, glide, twirl or march? Listening to the songs’ rhythm and character will help you sort it into one of a few broad categories: Ballroom, Latin, Swing, or other (Hustle, Country Western, Nightclub Two Step, etc.).

For example, say the song has a Latin rhythm. The most common Latin dances in ballroom/social dancing are Rumba, Cha Cha, Samba and Salsa. Rumba is the only one of these with a slower, romantic feel. So if the song is like that, you’re ready to Rumba!

And if the song’s rhythm is upbeat, you can eliminate Rumba and then parse out which of the remaining three dances it might be. Samba has a very distinctive “boom-a-boom” percussive beat (think Brazilian Carnaval music). If you’re hearing that, it’s probably a Samba. If you’re not, congratulations, you’ve narrowed it down to a Cha Cha or Salsa.

Continuing with the same example, say you’ve figured out the song is either a Cha Cha or a Salsa. Cha Chas usually have a “cha-cha-cha” in their beat, although you may not be able to hear this until you have more experience.

At this point, it’s time to experiment with the basic steps in each dance. Do this on your own in place, so small and casual people might not even notice. Try a few Cha Cha basics and see how well your feet match the music. Then try the Salsa basic. Usually one will feel like the right fit and voila, you’ve successfully determined what dance to do to this song!

If you’re still stumped after you’ve “stepped it out,” have a look and see what others are dancing. As a beginner, it’s often best to look at intermediate-level dancers. Fellow novices are likely as lost as you are, and advanced dancers may be dancing fancy figures with so much styling and technique you won’t even recognize what they’re dancing as the same dance you know! Intermediate dancers, however, will know which dance to do to a song yet will still be dancing figures you can recognize.

Have Fun: Make into a Game!

I encourage you to make a game out of matching dances to songs when you’re not out dancing. Play the “What Could I Dance to This Song” game when you’re listening to music at home, in the car or when you hear a tune playing at a store or on the street.

Of course, all music isn’t made for partner dancing (e.g., classical, electronica, hip hop and even many pop tunes). So to make it easier on yourself you may want to listen to songs pre-selected for a dancing, such as those off a ballroom dance practice CD or from a recommended playlist like this.

Remember, ultimately which dance to do is your choice, so have fun and feel free to be creative. That said, be respectful of other dancers on the floor. For example, make sure you use proper floor etiquette, especially if you decide to do a dance that’s different from what the majority on the floor is doing. If doing a traveling dance, stay on the outside track, moving in the line of dance; if doing a spot (non-traveling) dance, dance in the center of the floor.

Over time the process of matching songs to dances will become faster and simpler. You may even find yourself mentoring new dancers on the subject! 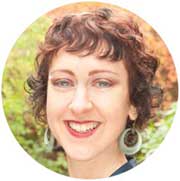 Take the next step!